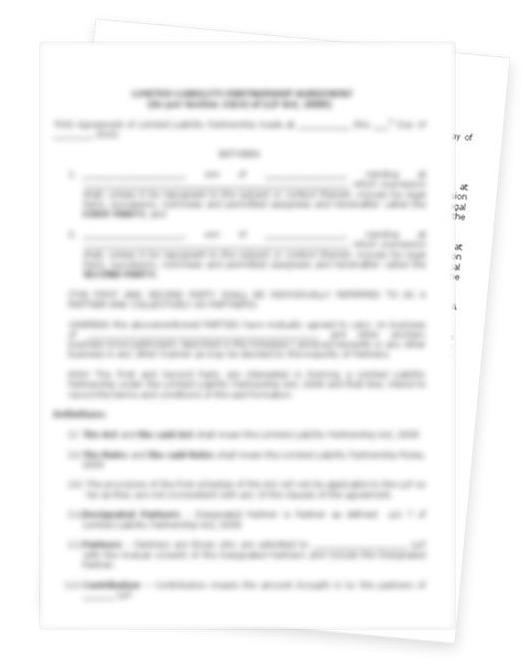 Legal Notice for Breach of Agreement

Various entities, such as Firms, Companies, or Individuals, enter into a contract or an agreement to work out something for themselves. Be it a partnership, a trade agreement, or even a basic transactional setup. The terms of the Contract, which both the parties mutually agree upon, define the role of every stakeholder mentioned in it.

What is a Contract Notice?

If for any reason, any one of the parties deviates or violates the terms of the action, then the others can initiate legal action against him. To initiate such legal action, the involved parties must introduce a clause or, better say, have a mechanism to warn the violator of legal consequences by issuing a Legal Notice. Such a Legal Notice is termed a Breach of Contract Legal Notice. The Breach can be of any terms, such as agreements, contracts, MoUs, etc.

Each party has some rights and liabilities that are mentioned in the Contract. These rights define the entire extent of the work that It must perform. Also, there are some agreement designs in which the involved parties inculcate the mode of dispute resolution between them. It can include mediation, arbitration or other procedures. But again there can be exceptions to these defined cases as well.

Legislation for Breach of Contract

Can I send legal Notice without a Lawyer? Under the light of Indian Law, every Contract or agreement that parties want to enter is governed by the Indian Contract Act of 1872. So, in case of Breach of trust or contract terms, the aggrieved party can send a legal notice to the violator under India’s Civil Procedure Code.

Legal Notice format for Breach of Contract: Every party in a contract has certain obligations to fulfil. Suppose one of them fails to perform their obligations, in whole or in part or behaves in a manner that conveys non-performance to the other parties. In that case, the effectiveness of the Contract diminishes due to the fault of the defaulting party’s Act.

Types of Breach of Contract

There are several types of Breach that might take place during the course of its stipulated time. We have discussed some of them in detail.

Also termed a Minor Breach, the Partial Breach is less severe than a complete breach. It gives the aggrieved party the right to sue for damages. But the catch here is that the aggrieved does not usually excuse him for any other performance.

Also known as the Material Breach, Complete Breach is a severe violation of the contract agreement. If committed, the consequences of such breaches are severe. It can result in the termination of the Contract and legal action against the violator of the Contract.

The Legal Notice for Contract Breach must consist of the following:

The Notice must mention the name and details of all the parties.

The Notice must state the effective date of the agreement on which it was breached.

The Notice must elaborate on how the counterparty breached the agreement. It must also include the specific breached clause(s) and condition(s). You can download a Legal Notice to an employee for Breach of Contract in a Word file.

Remedies in case of Breach

The Notice must also explain the consequences of committing the Breach and available remedies for such Breach, as described in the Contract.

Purpose of Drafting the Legal Notice

The Notice must convey the desired cause of action. Also, it can mention the remedial action that the violator can take to alleviate the effects of the Breach.

You can download the Breach of Contract Notice Sample Document attached to this web page.