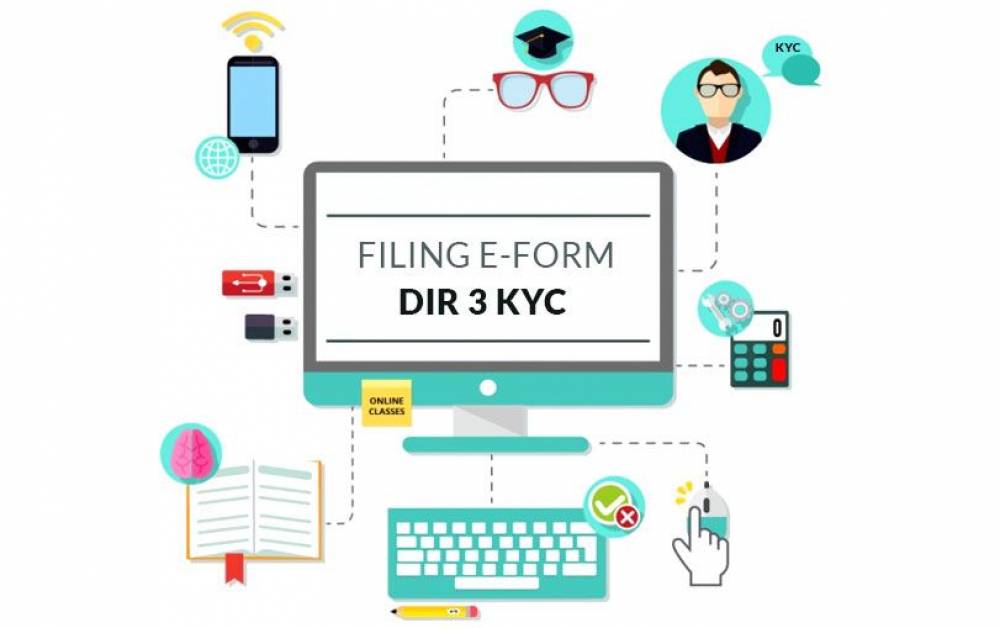 Recently a notification has been released by the ministry of corporate affairs (MCA) introducing the novel e-form DIR-3 KYC aimed at conducting the KYC updates by the directors of every company annually. Accordingly now every person who has been allotted a valid Director identification number as at 31st March of a financial year is required to submit his details to the central government through filing this new form.

Currently, it is mandatory for every director of the companies who have been allotted a valid DIN number on or before 31 st March to submit DIR 3 KYC form. The directors who are even disqualified are required to file this form.

Due Date for filing DIR-3 KYC

For the current year i.e. the financial year 2018-2019 the due date for filing this form is 15th September. That indicates if the director files the form before the stipulated time no government fees would be charged. However, if the director fails to file the form with the prescribed time he should be ready to face the consequences.

For the coming years, the due date for filing the DIR-3 KYC as at the date of 31st March will be 30th April of the relevant financial year. In case, the form is filed on or before the due date no fees will be levied whereas in case of delayed a penalty would be levied.

In order to ensure the enforcement of the rules made the strict penalty and punishment rules are prescribed. In case of failure to file the E-form DIR-3 KYC within the prescribed time, the MCA will mark the DIN number of the director as De-activated giving the reason of “non-filing of DIR-3 KYC”.

After that, the directors would be able to file this form only after making the payment of Rs 5000.

Thus, in order to avoid the levy the penalty all the directors must ensure to file the same before the due date.